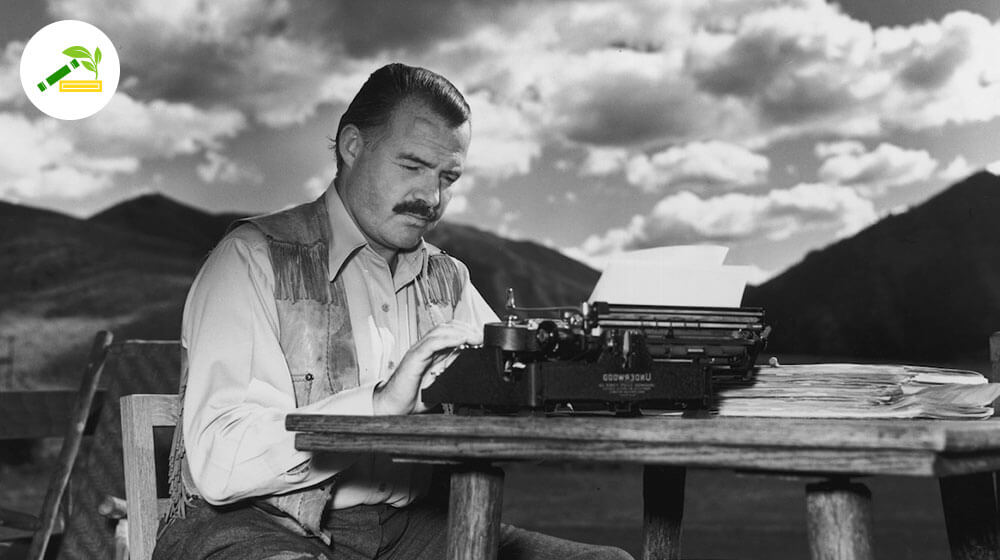 One of the greatest American writers of the 20th century, Ernest Hemingway, is famous not only for his works but also for an astonishing talent to express a lot in just a few words. He achieved it by using symbolism in his writing. The reader had to ponder every single line, looking for the hidden meaning. This writer wished his readers to learn to read between the lines. His “Hills like White Elephants” may serve as a vivid illustration of symbolism. Hemingway used it to create the tone and the mood of the story. Even though it was written around seventy years ago, this story is still relevant nowadays.

It describes a relationship between two people. An American man and a girl are staying at a railway station in Spain. The whole story is filled with dialogues between these two. While reading the story, it becomes obvious that the man wishes this girl to undergo an operation, namely abortion. At that time, abortions were illegal in Spain. Both people do not want this baby, but the girl is looking for another solution to her problem. The fall of this relationship is inevitable despite numerous empty promises made by the man.

Benefit from the incredible opportunity at a very reasonable price

These two are having a drink while waiting for the train. The girl describes the hills as white elephants, though they both have never seen them before. Hemingway used this symbol to express something very expensive and very costly. In this situation, it is the baby. Babies always bring joy to their parents, but they also demand a lot of attention, sleepless nights and a lot of work. These two people do not have room for a baby in their lives.

The hills symbolize the belly. With each next month, it will grow bigger and will become more rounded. Hemingway shows that from a distance, a pregnant woman’s belly may be as beautiful as a hill, but getting closer to it, may disappoint a person. Hills may also be tough to climb, as well as it may be painful for a woman to go through the whole period of pregnancy.

Besides, the station is situated between two rails. They are close to each other but never cross. This is a great symbol of this ruined relationship. These two people are together now, but their lives are heading different directions. It does not mean that they are bad people, but they are not meant for each other.

Hemingway always used symbols in his stories. He wanted people to think and to learn in the process of reading. This story is so appealing to people because it looks so real. Some of the readers may have even been in such a situation themselves. The problems like a dying relationship or an unwanted pregnancy still exist.