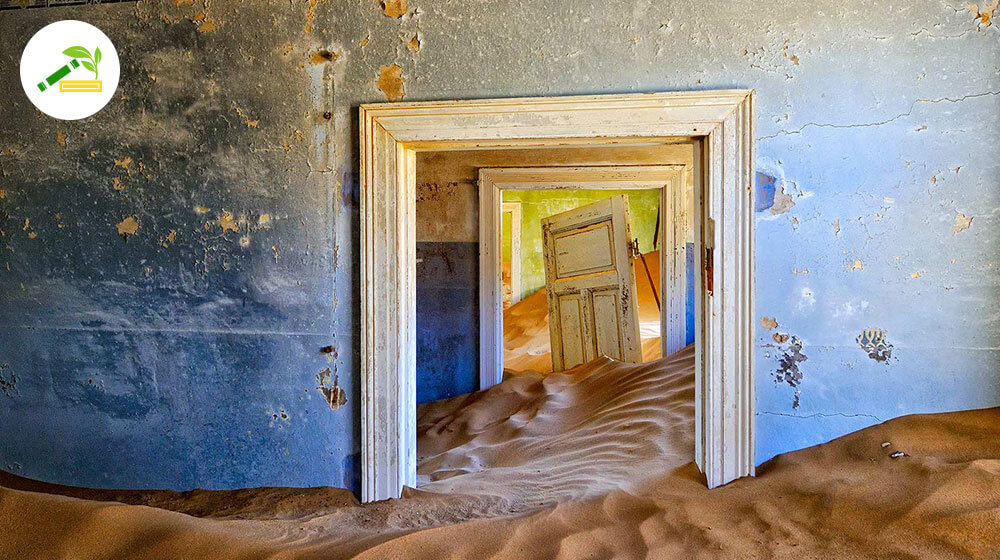 If you are a fan of mysterious and creepy places you should definitely plan a trip to a ghost town. Visit an uninhabited place to relieve all that events that made the towns deserted. Here are our top 10 ghost towns you should enroll in your destinations list.

Have you ever been to the town swallowed by the desert? Kolmaskop is actually a mining village founded in 1908 in Southern Namibia by diamond seekers. Its inhabitants were proud of the Africa’s first tram here. Yet, in 1954, when all diamonds were found they abandoned the Kolmaskop.

It’s a risky adventure to travel to the former worker’s town near the Chernobyl nuclear power station. It was abandoned after the nuclear explosion at the station in 1986. People tried to leave as soon as possible, so they left most of their belongings in Prypiat. Now, it’s a true ghost town.

“Ruins of the future” is the other name of this abandoned in 1980 town. It was supposed to be a great architectural project with spaceship-like houses. However, due to the constructional burst-up, it was never finished.

Once it was a flourishing Italian hill town. Natural disasters made its inhabitants gradually leave it. A landslide, flooding, and an earthquake remorselessly sent out the last inhabitants of Craco in 1963.

The natural beauty and harmony surrounded this marvelous and peaceful village until 1944. The war came and destroyed life itself in this place. Today, the village is converted to a silent reminder of the horrors of the World War II.

Also called Hashima Island, Gunkamjima is a former worker’s town surrounded by the sea. Established in 1887, it was the operating center of undersea coal mines. When the coal reserves depleted, all residents left the island in 1974. Only 30 years after it became a tourist attraction.

The prosperity of this coal mining city ended together with the Soviet Union. Deprived of the proper municipal care the inhabitants moved from the city to the nearby towns.

Once it was a Chinese military fort, then it became an ungoverned settlement under control of Hong Kong triads. In such a way it was a place of prostitution, gambling, and drug abuse. No surprise that in 1993 the government announced the decision to demolish the city.

It’s been near 30 years since Famagusta became a ghost town because of the Cyprus-Turkey conflict. Today, the authorities try to give the resort the second chance rebuilding its hotels and constructing original tourist attractions.

One more victim of war, Agdam was abandoned in 1993. As a result of Nagorno Karabakh conflicts its ruins remind 150,000 residents that used to live here.

If you know other forgotten places that make your skin crawl, share with us and our readers.

Here is Why You Should Swim More